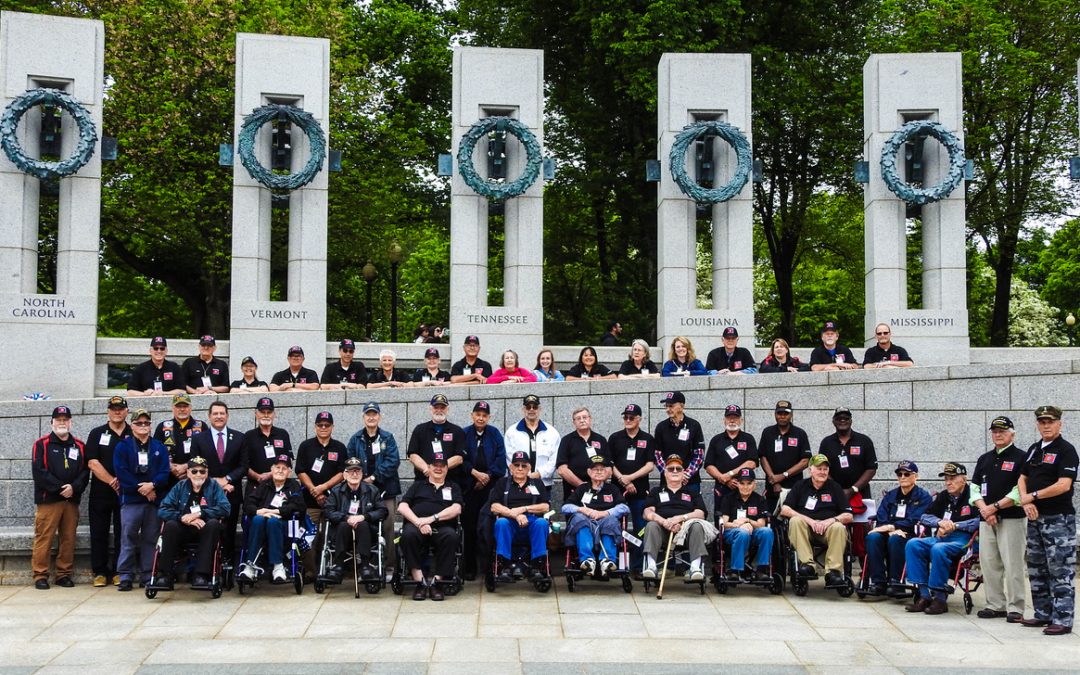 Coffee County, Tenn. —The Honor Flight of Middle Tennessee made its 21st Honor Flight on May 1. The group has now flown more than 600 veterans to Washington D.C. to see their war memorials at no cost to the veterans.
The group on this flight included World War II, Korean and Vietnam War veterans.
Twenty seven veterans on the trip saw the World War II Memorial, where they were greeted by two hundred children from a Virginia elementary school as well as being greeted by four members of the Tennessee Congressional delegation.
They then went to  the Korean War Memorial, the Vietnam Wall, the Air Force Memorial and saw the Changing of the Guard at the Tomb of the Unknowns at Arlington National Cemetery.
The group had supper at the dinning facility at Ft. Myer with the post commander.  At the airport each veteran received letters from school children and loved ones in a mail call before boarding a Southwest airliner for their trip back to Tennessee.
The Honor Flight of Middle Tennessee was formed in 2008, initially as the Southern Tennessee Honor Flight.  It was then incorporated as a Tennessee and IRS 501c3 non-profit organization.  All donations to the group are tax deductible.
Terminally ill military veterans from any conflict have top priority as long as their doctor clears them to make the trip. World War II veterans are the next in priority followed by Korean War veterans.
Honor Flight accepts applications from Vietnam Veterans who are at least 70 percent disabled due to exposure to Agent Orange herbicide.  Vietnam Veterans then fill any open seats after World War II, Korea and terminally ill veterans on a space available basis.
A doctor and two nurses fly with the group on each Honor Flight.  Wheel chairs are provided for veterans needing them.  The chairs are provided for each flight by Middle Tennessee Respiratory in Decherd Tenn.
Volunteer Guardians who fly with the veterans pay their own way.  It costs about $450 veteran to make the trip including airfare, charter bus and food.  The group flies on Southwest Airlines, the official airlines of Honor Flight.
The next Honor Flight of Middle Tennessee flight will be in the fall of 2019.  Veteran and Guardian applications are being accepted now for the fall flight.
Donations may be sent to: Honor Flight of Middle Tennessee at P O Box 1926, Tullahoma TN 37388-1926.  For more information and for Veterans and Guardian applications go to the groups Web site – https://honorflightmidtn.org  For information on veterans applications call 1-833-HONORUS.
-30-
Photos:
Group Photo in front of the Tennessee Column (photo by Paul McCullough)
Children greeting group as they arrive at the World War II Memorial (photo by Claude Morse)
Cong. John Rose speaks with World War II Marine Corps veteran LeGrand Dawes, Jr. (photo by Claude Morse) 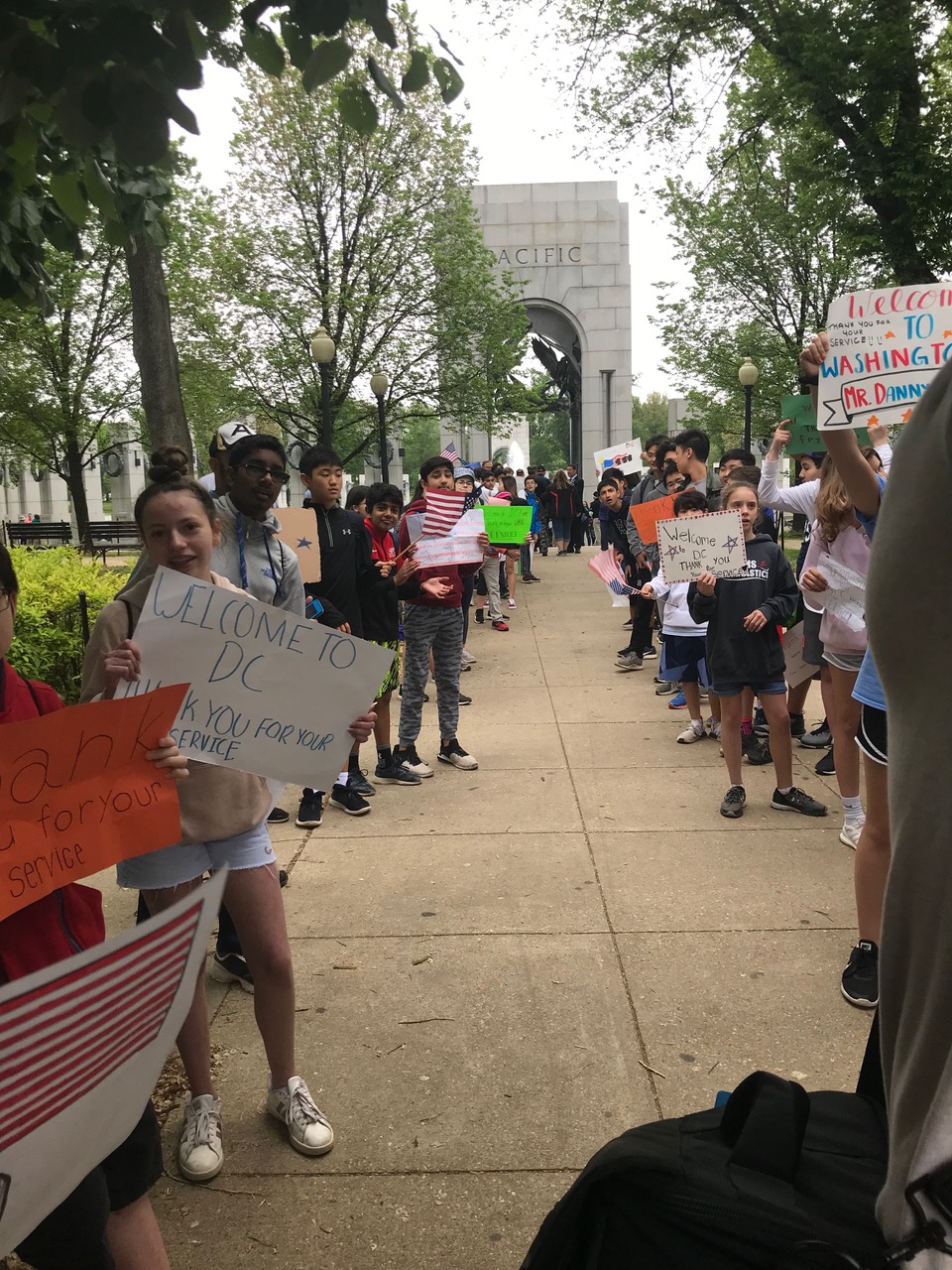 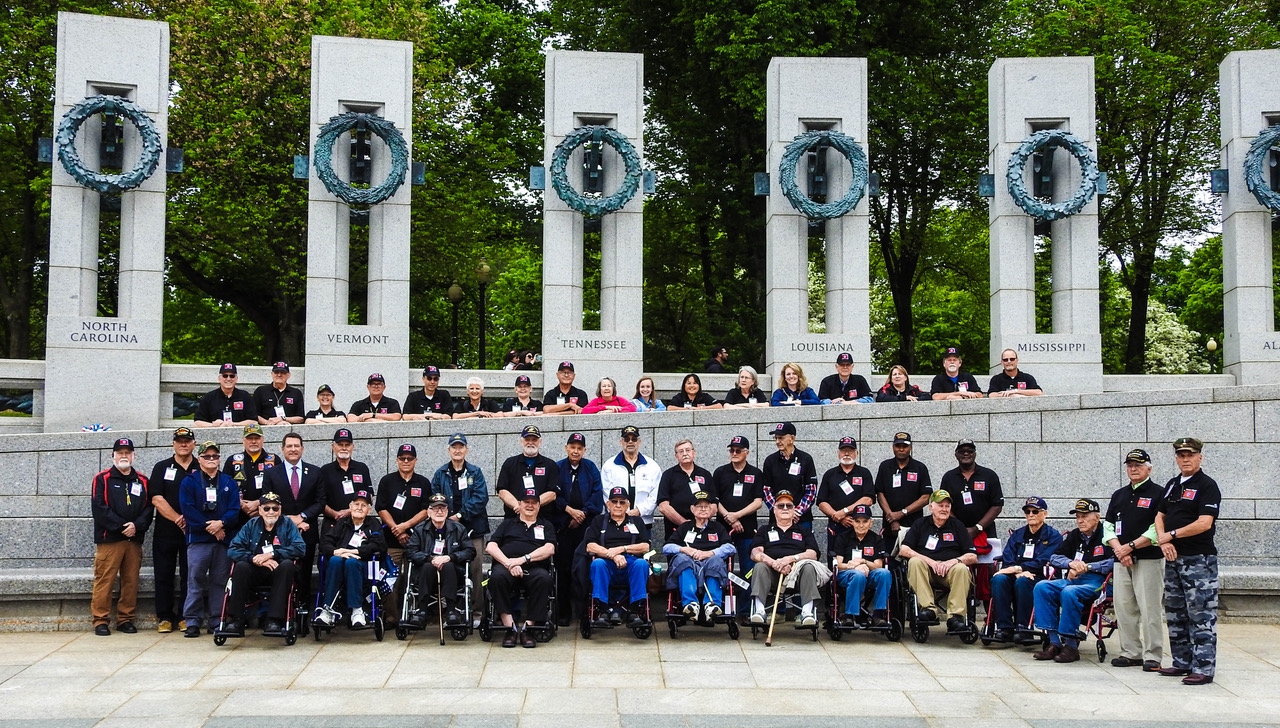 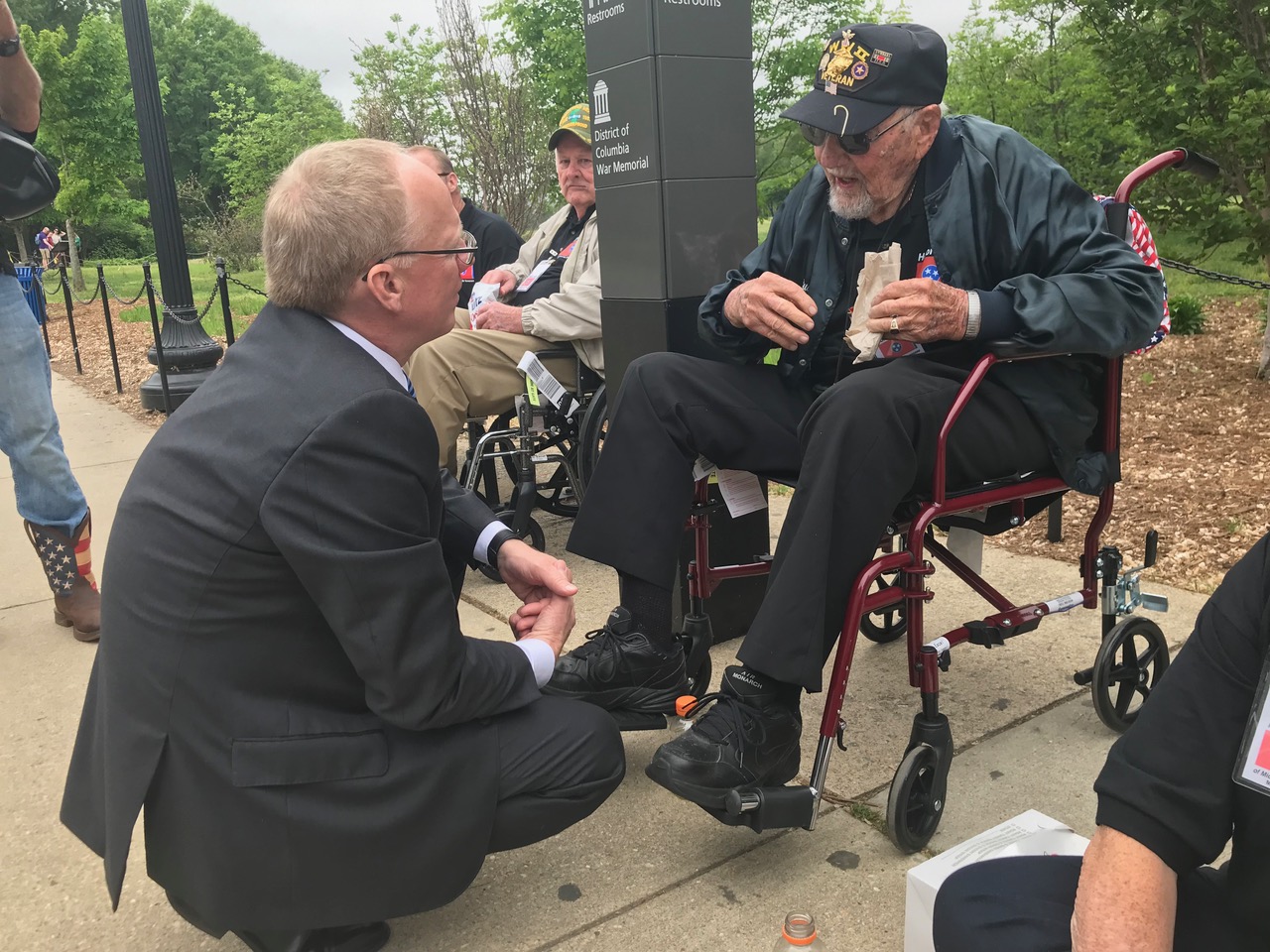